Dentistry Throughout the Ages

A Worm, A Queen & A Barber Pole: Dentistry Throughout the Ages

When you think of history you probably have visions of wars, empires, and kings and queens. Most of us do not think about what a trip to the dentist was like, but it is actually quite interesting when you learn about some of the ancient forms of dentistry.

Below, we have listed some of the most bizarre and interesting facts about dentistry through the ages.

The first recorded “dentist” was an Egyptian by the name of Hesy-Ra in 2600 BC.

Aristotle had written about an ancient form of braces that would straighten a person’s teeth.

There was an old belief of something called a “dental worm,” this worm was believed to burrow into teeth, causing sharp pain. So to combat this worm, Queen Elizabeth ingested large amounts of sugar which is why many people believe her teeth were discolored.

The first bristle toothbrush is believed to have been invented during the Tang Dynasty in China. This toothbrush is not like our modern day brushes; the bristles were made from hogs hair!

Dental implants in the Maya Civilization were made from seashells. 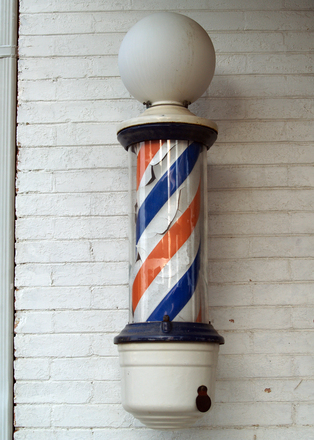 Barbers were actually part of the dentistry world at one point. Between the 5th and 15th century, “barber-surgeons” were able to perform many types of surgeries in their shops or on the battlefield.

Luckily for everyone, dentistry has evolved to a medically-backed and safe form of health care.

Looking for a dentist in the Strongsville, OH area?

Dr. Aerni in Strongsville, OH is always welcoming new patients to his practice. If you would like to schedule an appointment, click here.

Improve Your Oral Health With These Foods

Health and Wellness | Can Your Dentist Help Treat Headaches?

“I want my patients to have world-class care, but I also want them to feel comfortable. Since we overlook the Metroparks, I installed extra-large windows so patients can enjoy the amazing views and relax."